Most people associate French culture with Paris, which is a center of fashion, cuisine, art and architecture, but life outside of the City of Lights is very different and varies by region.France doesn’t just have different cultures; the word “culture” actually comes from France. “‘Culture’ derives from the same French term, which in turn derives from the Latin colere, meaning to tend to the earth and grow, cultivation and nurture,” Cristina De Rossi, an anthropologist at Barnet and Southgate College in London, told Live Science.

French is the dominant language of the country’s 66 million resident, but there are a number of variants based on region. French, the official language, is the first language of 88 percent of the population, according to the BBC. French is the second most widely learned foreign language in the world, with almost 120 million students, according to the French Ministry of Foreign Affairs and International Development.

About 3 percent of the population speaks German dialects and there is a small group of Flemish speakers in the northeast, according to the BBC. Arabic is the third-largest minority language.

Paris is known as the home to many high-end fashion houses, such as Dior, Hermes, Louis Vuitton and Chanel. Many French people dress in a sophisticated, professional and fashionable style, but it is not overly fussy. Typical outfits include nice dresses, suits, long coats, scarves and berets.

The term haute couture is associated with French fashion and loosely means fancier garments that are handmade or made to order. In France, the term is protected by law and is defined by the Paris Chamber of Commerce, according to Eva Domjian, a London-based fashion writer and editor. Domjian writes on her blog:

“To earn the right to call itself a couture house and to use the term haute couture in its advertising and any other way, a fashion house must follow these rules:

Art is everywhere in France — particularly in Paris and other major cities — and Gothic, Romanesque Rococo and Neoclassic influences can be seen in many churches and other public buildings.

Many of history’s most renowned artists, including Claude Monet, Edgar Degas, and Camille Pissarro, sought inspiration in Paris, and they gave rise to the Impressionism movement.

The Louvre Museum in Paris is among the world’s largest museums and is home to many famous works of art, including the Mona Lisa and Venus de Milo. 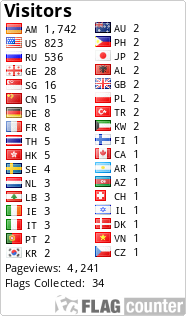